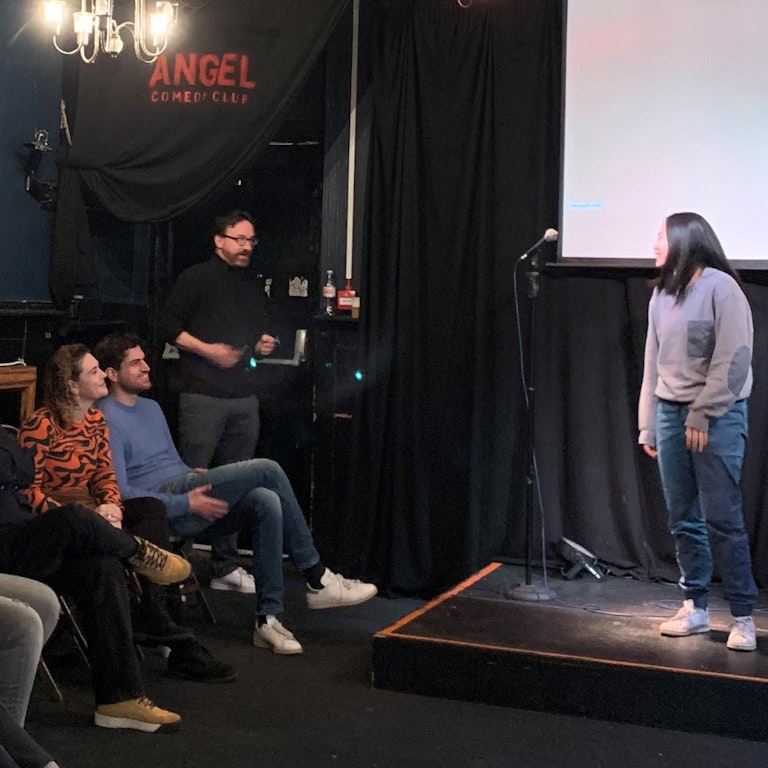 Our Angel Comedy Writing Gym is a free space for comedy writers and performers to sharpen their pencils and stretch their typing fingers through a series of exercises led by and experienced tutor.
These are for anyone in comedy writing - whatever level* - to get you out of the house, motivated, and writing, and also to learn new comedy writing techniques from an experienced comedy professional.
It's also a chance to write with other people if, if you wish, and to meet with other performers and writers (meeting other writing people is often the hardest part of the job!). There will be a break during the workshop, and opportunity for a social afterwards.
The workshops, like much of what we do at Angel Comedy, are free at the point of service but there will be an opportunity to donate at the end of the session.

*If you are new to comedy writing, we recommend you have a look at our Stand Up for Beginners Course and Showcase. The writing gyms, while open to anyone, will be designed with experienced performers in mind so might not cover the basics in such a thorough way.