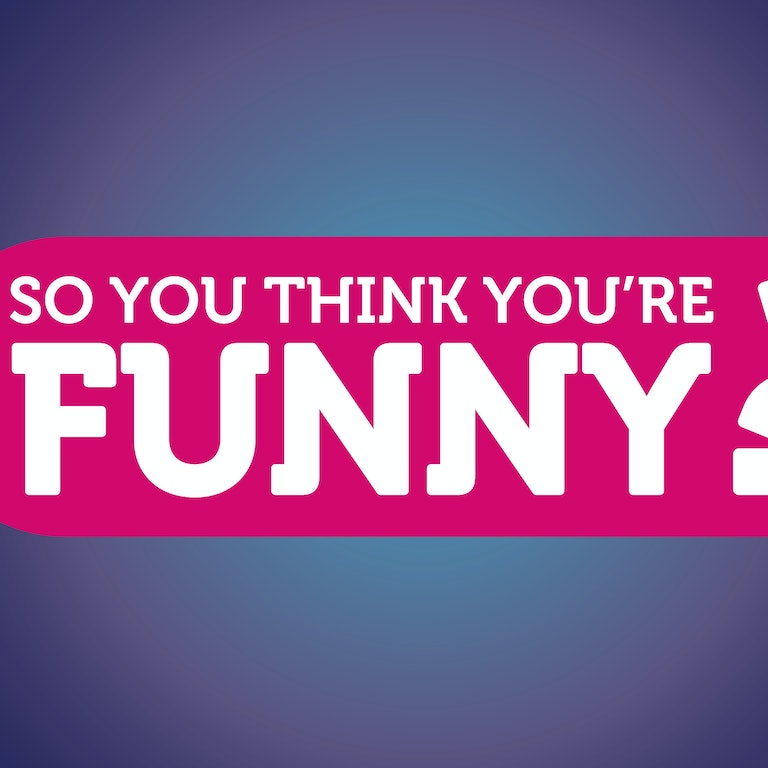 So You Think You're Funny? ONLINE

This year the So You Think You're Funny? competition first round will take place online.

Get your tickets now to support some of the newest comics in Britain. All hosted by some of the competition's incredible regular hosts.

"SYTYF was the first competition I entered. I’d been doing stand up for about six months. Getting to the final was probably the most exciting moment of my life." Rhod Gilbert

"The final was the biggest gig I had ever done. Peter Kay hosted it and Russell Howard, Jimmy Carr, Andy Zaltzman and Josie Long were in the final. Winning it definitely gave me the confidence to keep writing the sort of stupid crappy jokes and songs I still do today" David O'Doherty