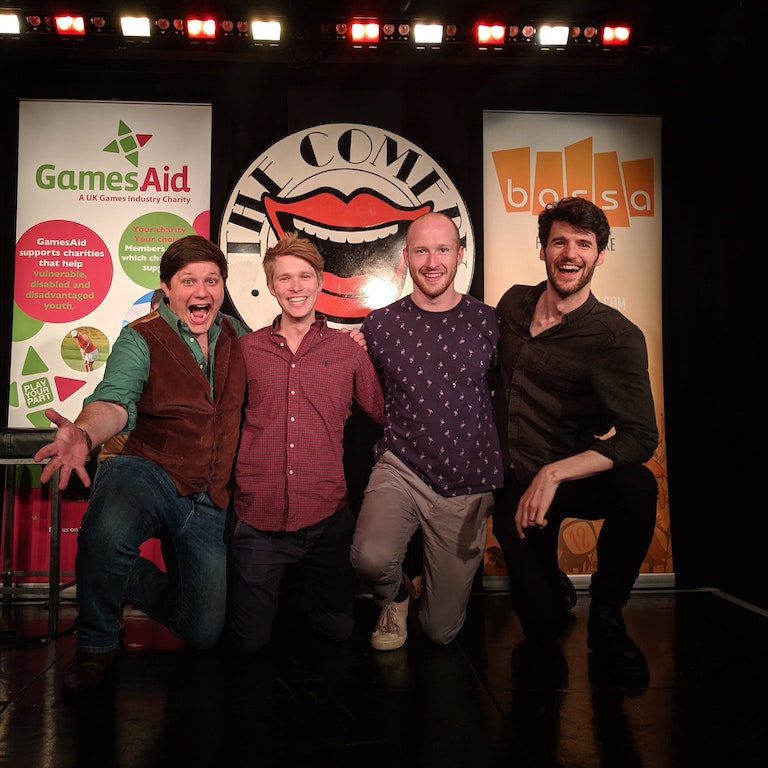 Shoot From The Hip - Improv and Sketches

Shoot From The Hip are one of London’s premiere improvisational comedy troupes, who have been impressing and entertaining audiences since 2011.
Their Metro and Time Out recommended fast-paced shows are completely unscripted, comprised of short scenes, silly games, and epic stories, blending witty one-liners and hilarious character comedy with off-the-cuff storytelling. Tonight’s show will also feature their exiled member (well, he lives in Spain now, anyway!) Luke Manning testing out some character comedy for a new radio show, ably assisted by the rest of the gang.
Luke is one half of sketch comedy duo In Cahoots, who have received numerous 4 and 5 star reviews (The List, The Mirror) for their Edinburgh Fringe shows; he also co-wrote the Channel 4 Comedy Blap The Educatoror and featured as a writer and performer on BBC Radio 4’s Sketchtopia.
"Well worth a shot (pun intended)." - Time Out
"Finest improv comedy you'll find in the city"" - The Londonist