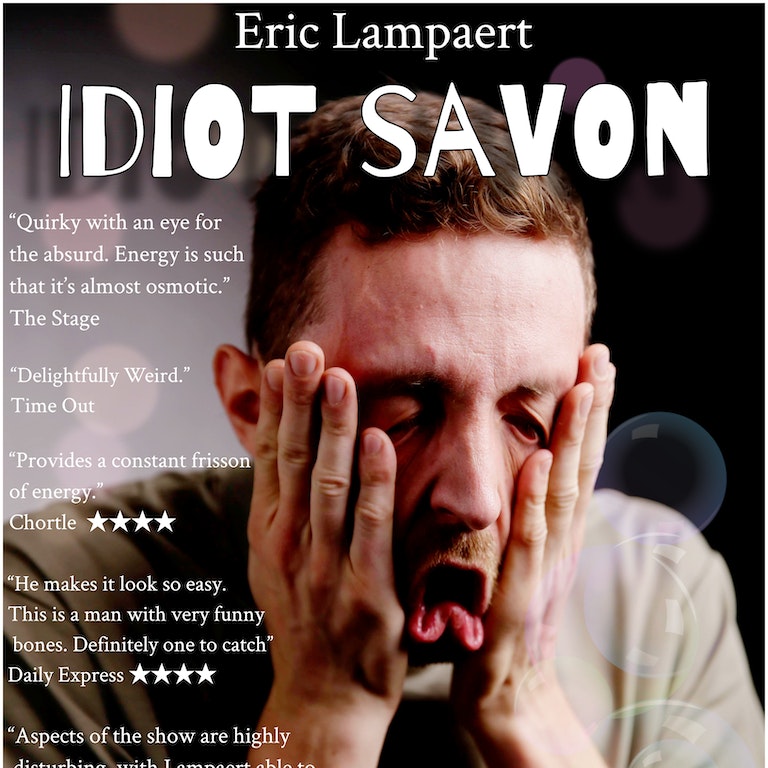 Ever wanted to sneak into someone's brain and take a peek at the curious and strange world they inhabit?

"Quirky with an eye for the absurd. Energy is such that it's almost osmotic." - The Stage.

In the early months of 2019, Eric Lampaert woke up with amnesia, losing not just his identity, but all concepts of reality, and had to rebuild from the abyss, with a global pandemic on the horizon.

"How did it happen?" they ask him.

"You wouldn't believe me if I told you", he replies.

"Aspects of the show are highly disturbing, with Lampaert able to contort his body and voice in the most sinister of ways. The comic's horrifying physical manifestations are something that will remain in the subconscious for a while." - The Fest

Thanks to the journals he kept before and after the event, he was able to reconstruct a sense of self and reintegrate into society.

But each new day gave evidence that he was no longer alone in the making of his being, with other parts of himself fighting for control of his body and mind.

"I assume it's other parts of me" he says, "but who really knows, as far as I'm concerned, something slipped in the hollow shell when I disappeared."

"He makes it look so easy but this is a man with very funny bones. Definitely one to catch." - Daily Express.

"How did it happen?" they ask him, "how did you recover?"