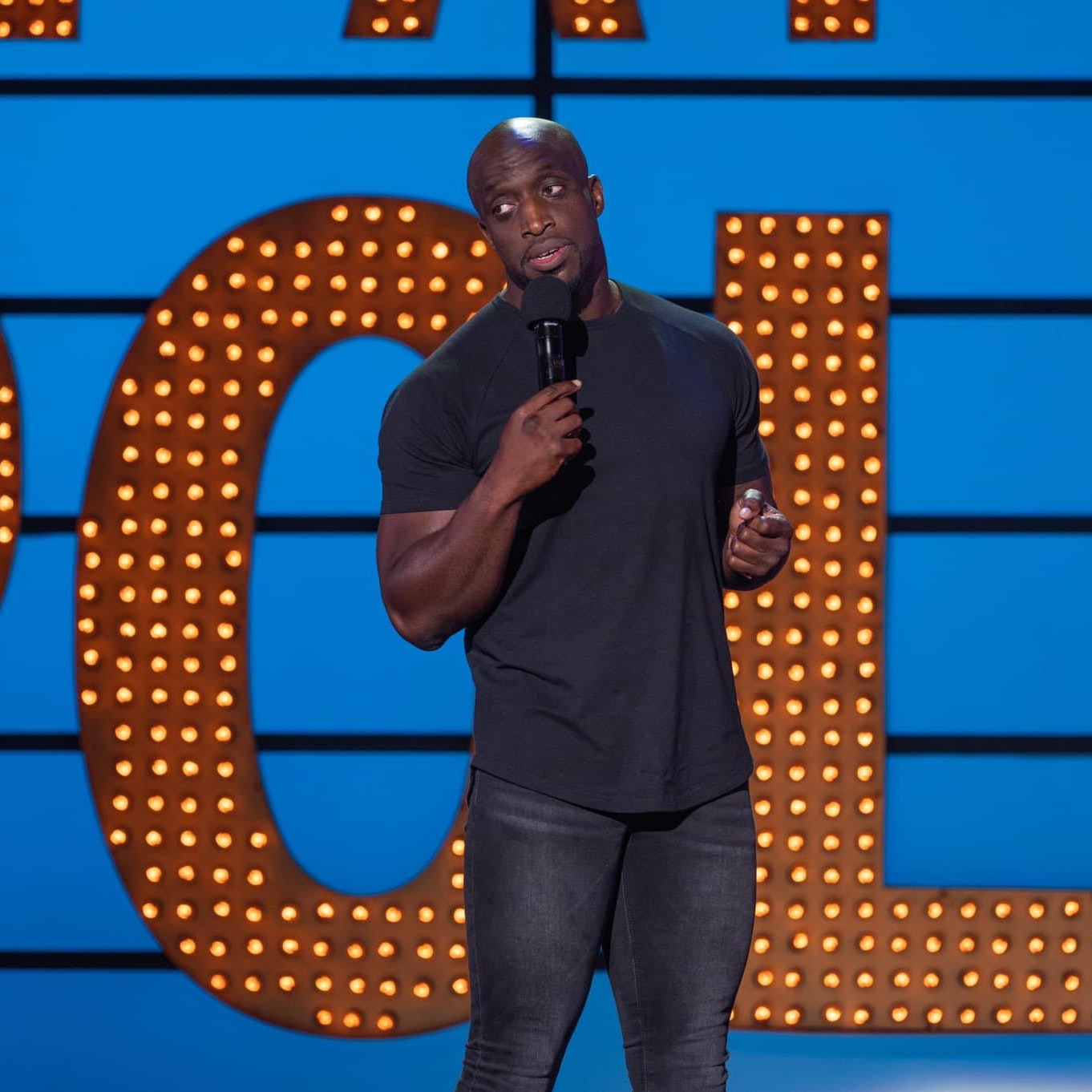 One of my favourite discoveries of 2019 was Emmanuel Sonubi. Hilarious, warm and unique. If you don't see him now for a tenner, you won't be able to smugly tell your mates about it when they're paying £50 for a crap seat at the O2!" - Jason Manford

Straight off the back of his 2021 Live at The Apollo Debut, and favourite tour support for the likes of John Bishop, Jason Manford and Russell Kane... Emmanuel presents a brand new hour of fresh comedy.

As seen on Comedy Central and the ITV2's Stand up Sketch Show.

"..The bloke has got funny bones. He's incredibly likeable despite looking like he could snap you in two.." - Romesh Ranganathan

2."Emmanuel is so incredibly funny, and I'm not just saying that because I'm scared of him.." - Joel Dommett