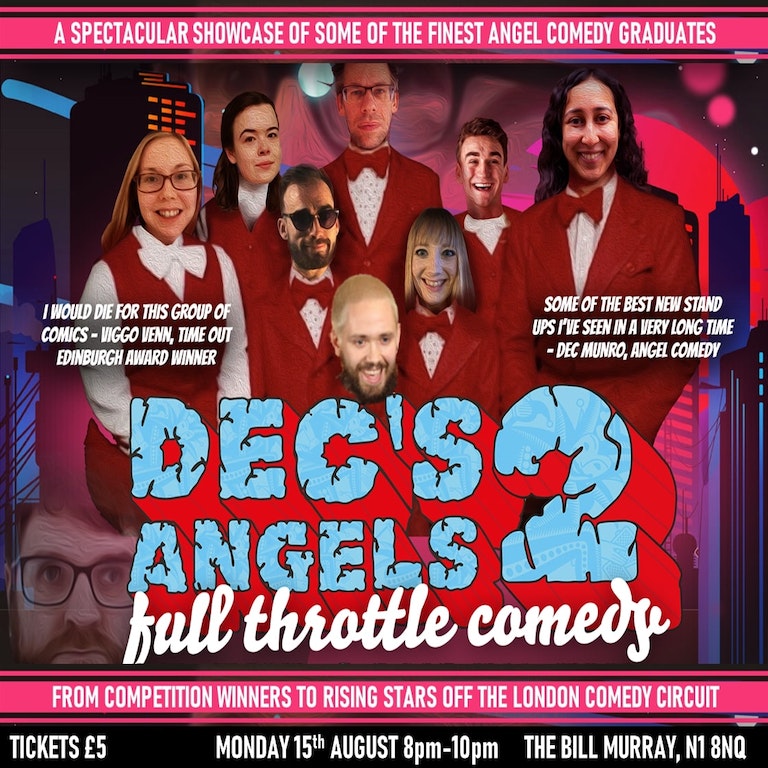 Join us at the historic Bill Murray for a spectacular showcase of some of the finest Angel Comedy graduates.
Witness an eclectic mix of different styles from competition winners to rising stars off the London Comedy Circuit.
The Angels reunite, after a sold out run at the Camden Fringe in 2021, for a one off special on Monday 15th August, from 8pm to 10pm.
“Some of the best new stand ups I’ve seen in a very long time” – Dec Munro, Angel Comedy
“I would die for this group of comics” - Viggo Venn, Time Out Edinburgh Award Winner