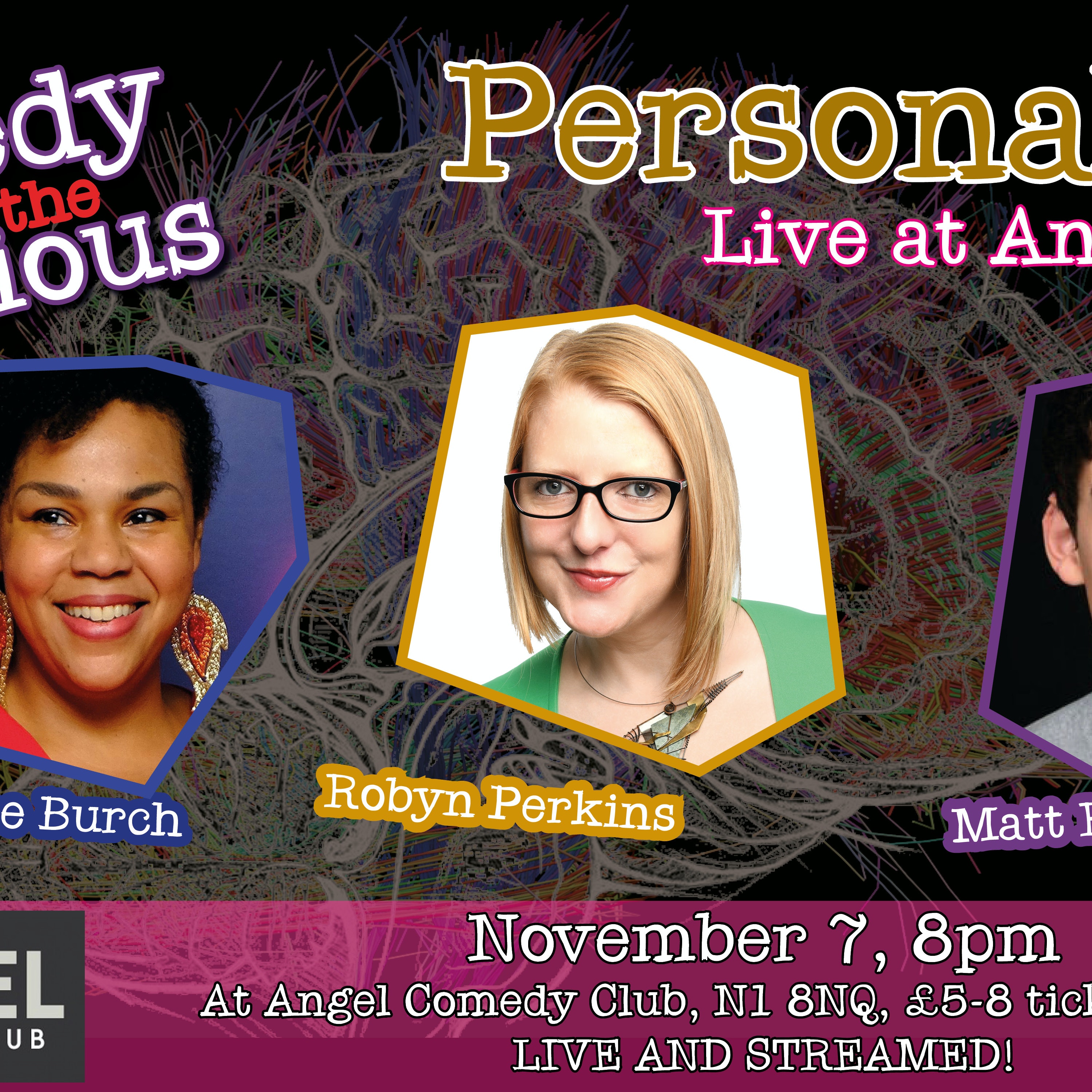 Comedy for The Curious

We are back at Angel, and this time, it's all about PERSONALITY. Featuring Desiree Burch (Live at the Apollo), Matt Richardson (Nevermind the Buzzcocks) and Robyn Perkins (Sydney Fringe Comedy Award Winner), this unique comedy panel show is where curiosity and stand-up comedy are combined.

The show sets out to answer some of life's most interesting questions, using comedy (and a bit of science). Why are some people extroverted? Is being optimistic a genetic trait. Will I end up like my parents?

Each show comprises of three stand-up comedy sets that ponder the big topic at hand. The comedians then explore the subject further in a personal (and often revealing!) chat between them. The show wraps up with a silly game that pits the comics against the audience – for the ultimate prize (spoiler alert: it's a coaster).

Comedy for the Curious has been running online for about a year and is now being delivered to live audiences. If you love comedy and have an inquisitive mind, this is the show for you.