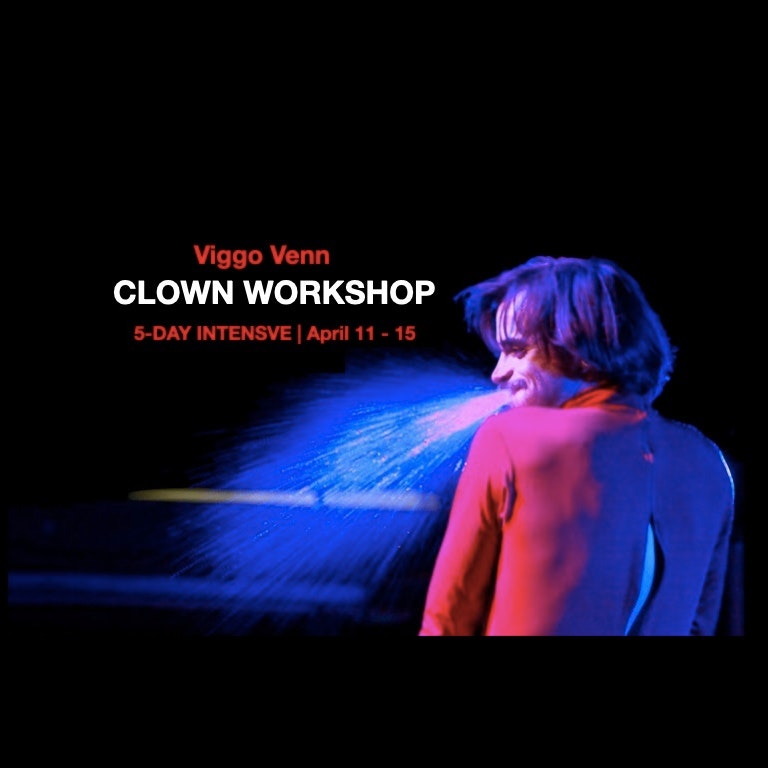 5 day workshop to work on becoming a better performer and a deep dive into the world of clown, play and complete stupidity.

In this workshop we are searching for what makes you uniquely funny as a performer.
The first part of the workshop will focus on the performers physicality.
We will work on amping up your stage presence, playfulness and following your comedic impulses.

Suitable for standups, actors, improvisors, clowns acrobats and performers who want to sharpen their funny bone, tune up their stage presence and find the freedom to be stupid, silly, funny and free.

This is a safe place to play, have fun and take chances as an artist.
Expect to be on the floor taking big risks, being utterly stupid, laughing a lot and being harshly criticised by a friendly Norwegian.

No prior experience with clown required.

Viggo Venn is a Norwegian clown and staff teacher at renowned clown school Ecole Philippe Gaulier in France, were he also studied. He has toured the globe several times playing in Australia, The US and Europe with both his clown double act "Zach&Viggo" and his clown solo shows. Performing at Melbourne International Comedy Festival, Just For Laughs Festival Montreal, Comedy Central Stage, UCB, Hollywood Improv and Second City Chicago to name a few. He won the "Best Comedy" award at the Brighton Fringe in 2016 and won the "Time Out Edinburgh Award" in 2017 at the Edinburgh Fringe Festival. In addition to teaching at Ecole Philippe Gaulier, Viggo regularly teaches his clown workshop regularly at The Lyric Hyperion Theatre in Los Angeles, Sydney Comedy Festival and Melbourne Comedy Festival (Pre-pandemic).