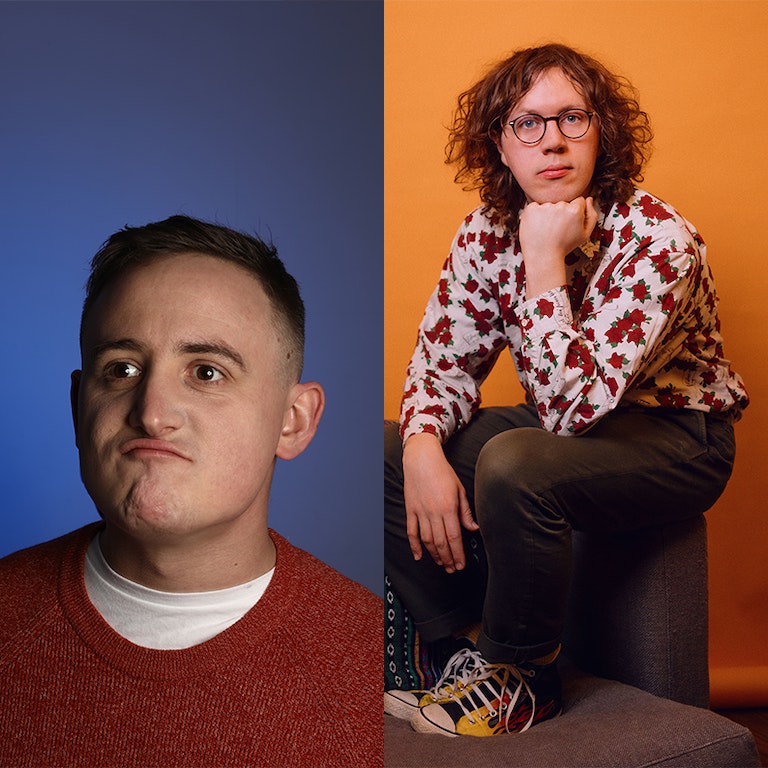 Join Chris Cantrill (of Edinburgh nominated The Delightful Sausage and BBC 2's Alma's Not Normal) and Sam Nicoresti (Leicester Square New Comedian Winner) for some new material for their upcoming Edinburgh shows. It’s going to be a lot of fun but also you might learn loads too, so think on.

'The Defendant' stands accused of being a proper bad lad. The evidence is damning and a guilty verdict looks certain but can his heartfelt testimony convince you, 'The Jury'? A show about justice, tatts and parenting. "An absolutely inspired hour of comedy", Ed Fest Magazine ★★★★★.

A multimedia comedy show set online and performed live in front of your very eyes (two eyes per person, max). It's very loosely about the soul. It's more specifically, as it stands, about cancel culture, live streaming, and piss.