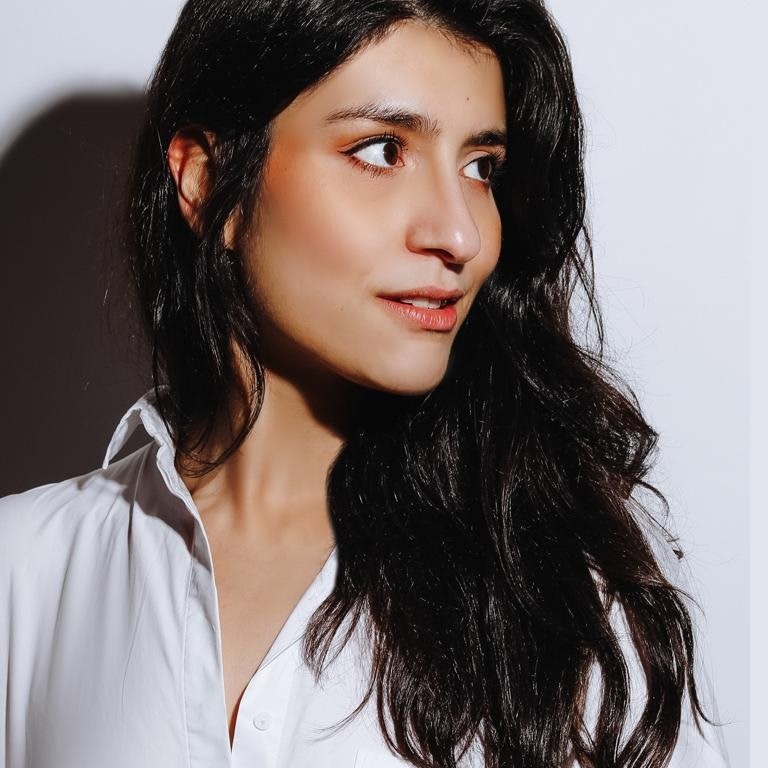 Due to popular demand Celya AB is back at the Bill Murray for a second date!
Originally from Paris, Celya AB is a fast rising writer-performer, with a magnetic stage presence and brilliantly crafted material.
In 2019, Celya won the Birmingham Breaking Talent Award (Birmingham Comedy Festival) and was a finalist of the 2019 Funny Women Awards, More recently, she reached the final of the BBC New Comedy Award 2021 on BBC1. Her TV appearances include a guest correspondent spot on Yesterday, Today and The Day Before (Comedy Central), a stand up set on Festival of Funny Live (BBC) and her BBC final. She's also a regular guest on The Guilty Feminist and Global Pillage. A regular writer for BBC Radio's The News Quiz and Comedy Central's Guessable, Celya is bringing a work in progress of her widely anticipated debut, Swimming.

"Great jokes, a strong comic. Both classy and funny. A thoroughly engaging presence and very promising writer who knows her place in the world. A fine talent. Strong stuff."
Chortle