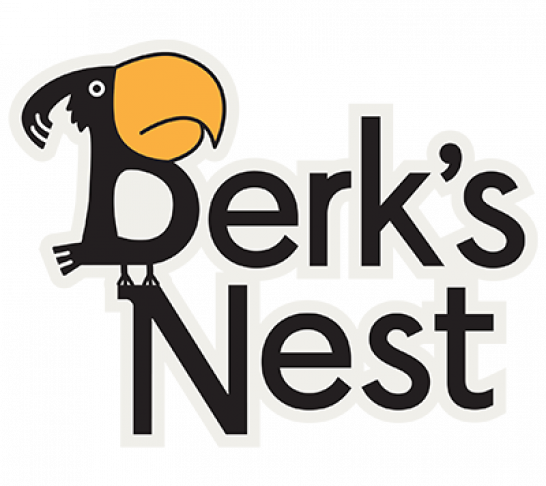 A full day of previews from Berk's Nest!

The mother of all confessional shows from the bestselling author and star of The Fast Show and Two Doors Down. Does My Mum Loom Big In This? is for everyone who’s had a mother or been a mother, featuring hair-raising hilarious true stories from Arabella’s dysfunctional childhood, her perilous career and her life as a single working mother. Devastatingly funny, excruciatingly honest and definitely embarrassing for all of Arabella’s relatives, not to mention herself, this is a helter-skelter tour of appalling – and appallingly funny – maternal behaviour.

New Zealand's beloved sissy Chris Parker (as seen in Netflix's The Breaker Upperers) is mincing his way over to Edinburgh with his award-winning Camp Binch. Winner of Best Show at NZ International Comedy Fest 2018, Camp Binch delivers a hilarious and cathartic retelling of growing up gay in conservative New Zealand. 'He's the one to watch that you're probably already watching!' (GayExpress.co.nz). 'Leaves you inspired to make a difference' (New Zealand Herald). Writer and star of New Zealand's 7 Days, Jono and Ben, and Funny Girls.

5-6 pm Guy Montgomery: I Was Part Of The Problem Before We Were Talking About It

Who are we? What are we doing here? Do you like me? And what are you saying behind my back? Let’s all get together and definitively find out if I’m the best or worst person you know. Those are the only options. Step into my existential crisis and get ready to laugh as I try and answer the eternal question: who am I?. After a sell-out 'barnstorming debut' (Fest) in 2018, New Zealand's Alice Snedden returns to Edinburgh. 'Alice Snedden should be listed as one of New Zealand’s top outputs' ★★★★★ (EdFestMag).
Directed by Rose Matafeo.

Your best friend (and acclaimed stand-up) Jack Barry is worried about you. The world’s turned to shit and you haven’t been laughing enough. He’s going to roughly slap you around the face with his jokes and tell you to get a hold of yourself. Don’t worry – everything is going to be okay. As seen on The Russell Howard Hour and in Catastrophe, Cuckoo and Netflix’s Turn Up Charlie. Writer for Mock the Week. ‘The finest of British comedy… effortlessly endearing’ ★★★★★ (EdFestMag.com). ★★★★ (Sunday Times). ★★★★ (List). ★★★★ (Skinny).

New Zealand's favourite comedy improv show Snort makes its way to Edinburgh for the first time! Cheeky, topical, and relentlessly silly, Snort sees NZ's best young comedians (including Rose Matafeo, Guy Montgomery, Alice Snedden, Chris Parker) build an intricate hour of far-fetched, high-stakes comedy, entirely made up on the spot. 'New Zealand's coolest comedy improv group... the stuff of dreams' (TheSpinoff.co.nz). 'These are some New Zealanders we would be happy to claim as our own' (SquirrelComedy.com).