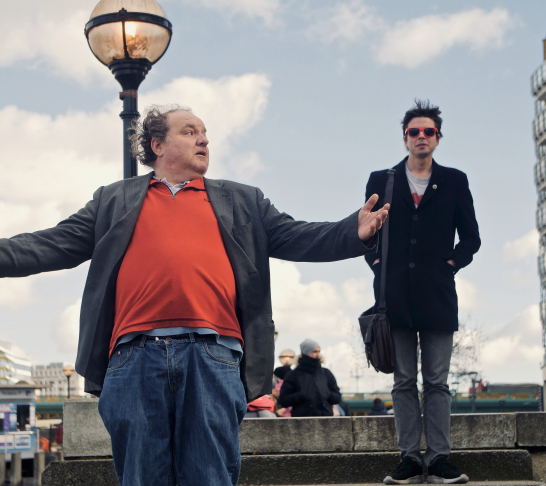 Anti-comedy legend Ed Aczel and beloved nuisance Joz Norris have been collaborating on various skits, bits, shorts, documentaries and experiments in failure for a little while now, and are thrilled to present their best and most exciting project yet - the world premiere screening of their short film/sitcom pilot Ed & Joz's Heist Movie, directed by Jonathon Brooks and produced by Murder In Successville's Avril Spary.

Ed & Joz are two down-on-their-luck losers who have decided they might as well have a go at being petty criminals to see if it gets them anywhere. As such, they rebrand themselves as a sort of low-rent Ocean's Eleven and set out to plan the most audacious heist of the century, although the only thing they can find worth stealing is a vending machine. Co-starring award-nominated comedy luminaries Lucy Pearman, Ben Target, Michael Stranney and Alison Thea-Skot.

Come along in order to entertained by Ed & Joz themselves, live in the flesh, complete with a bit of behind-the-scenes gossip and maybe the odd song, then be wowed by a screening of the duo's breakout hit anti-documentary, In Search Of Something, co-starring Jacob Edwards, John Kearns, Alison Thea-Skot and Ben Target, and finally, the piece de resistance - the world premiere of Ed & Joz's Heist Movie.